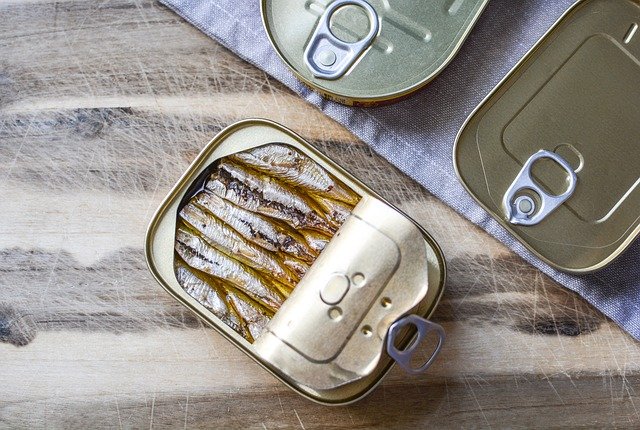 The three main omega-3 fatty acids are alpha-linolenic acid (ALA), eicosapentaenoic acid (EPA), and docosahexaenoic acid (DHA). DHA and EPA occur in seafood and certain types of fish such as salmon, halibut, and tuna. ALA can be obtained from flaxseed, soybean, and canola oils. Your body can convert ALA into small amounts of EPA and then DHA. Without omega-fatty acids, your body would fail to function correctly. Consuming an adequate amount all three fatty acids have been found to be beneficial in preventing and treating numerous health conditions.

Omega-3s are critical components in the membranes of every cell in your body. DHA is found in very high levels in the eye, sperm cells, and brain. The body also uses Omega-3s to produce energy and maintain the functions of the body’s blood vessels, immune system, heart, lungs, and endocrine system.

The American Heart Association (AHA) has found that Omega-3s benefit the heart’s health and lowers the risk of developing cardiovascular diseases by decreasing the risk of arrhythmias (abnormal heartbeats) which often lead to sudden death. The fatty acids also lower the triglyceride levels, appear to slow the growth of atherosclerotic plaque, and even reduce blood pressure. The AHA recommends that people eat fish at least twice a week. Mackerel, sardines, albacore tuna, salmon, and lake trout are all idea.

American Diet: Americans consume 14 to 25 more omega-6 fatty acids than omega 3s. The intake of omega-6 is considered way too high, according to a study done by the University of Maryland Medical Center. In many cases, higher dietary intake of Omega-6 is often associated with more inflammation in the body and a higher risk of death, especially among hemodialysis patients.

Mediterranean Diet: The Mediterranean diet has a much healthier balance of fatty acids. According to research conducted by the Department of Nutritional Sciences and The University of Arizona Cancer Center found that the diet lowers the incidence of chronic disease and increases lifespan. Many followers of the menu are far less likely to develop heart disease. The cornerstones of the Mediterranean diet are whole grains, fresh fruits, vegetables, olive oil, fish, wine, and only moderate wine consumption.

High Blood Pressure: Omega 3s lower blood pressure in most individuals who suffer from hypertension. Researchers at the Department of Epidemiology at the Harvard School of Public Health found that subjects taking fish oil supplements experienced a reduction in blood pressure. It appears to require 3 grams or more of fish oil per day to reduce the blood pressure in most people. Before increasing your dosage, you should always consult with your physician.

Diabetes: People with diabetes frequently suffer from low HDL levels and high triglycerides. Fish oil lowers the triglycerides and also the apoproteins (markers of diabetes) while raising the HDL levels. ALA found in flaxseeds, and a variety of other nut oils appears not to have the same benefits as fish oil Diabetes sufferers cannot effectively convert the ALA to form DHA or EPA. Certain people also experience a slight increase in fasting blood sugar levels after taking fish oils. Ultimately, you should consult with your physician to determine if fish oil is safe for you if you are a diabetes sufferer.

Heart Disease: The benefits of omega-3 fatty acids in treating and preventing cardiovascular disease is undeniable. It has been proven numerous times that eating a diet low in saturated fats but rich in monounsaturated and polyunsaturated fats is highly beneficial. Both EPA and DHA (commonly found in fish oil) reduce risk factors for heart disease, lower cholesterol, and decrease blood pressure. Individuals who consume fish oil have a decreased risk of death due to heart attack, stroke, or abnormal heart rhythms (such as those found in individuals who have already suffered a heart attack or have pre-existing heart disease. Additional benefits include prevention and treatment of atherosclerosis (hardening of the arteries).

Stroke: Evidently, Omega-3s significantly slow the development of plaque and blood clots which not only clog arteries and lead to heart disease but also cause strokes. It is advised that people consume at least two servings of fish per week lower the risk of experiencing a stroke by as much as 50 percent. However, eating more than three servings of fish per week has been shown to increase the risk of hemorrhagic stroke which can be potentially fatal.

Rheumatoid Arthritis: Fish oil may reduce the symptoms of rheumatoid arthritis (RA) by relieving morning stiffness and pain from inflammation, according to the Arthritis Foundation. Many people who opt to take fish oil can reduce their dose of non-steroidal anti-inflammatory drugs (NSAIDS). Unfortunately, it does not slow the progression of RA but only treats the symptoms and improves quality of life.

Osteoarthritis: Studies are still being performed to see if omega-3s may be beneficial for osteoarthritis sufferers. However, preliminary reports show that it has been found to reduce joint stiffness, pain, improve grip strength, and improve walking in some individuals but more studies are needed to arrive at a definitive answer.

Osteoporosis: Omega-3 fatty acids appear to increase calcium levels in the body which improves bone strength. People who do not receive adequate amounts are at an increased risk for bone loss. Researchers at the Ohio State University found that increasing consumption of plant based EPA may improve bone strength and density.

Schizophrenia: Schizophrenia is a severe mental health disorder that may or may not be helped with Omega-3s. Researchers remain undecided. Some studies have shown improvement, but others have shown no changes in symptoms.

Bipolar Disorder: Bipolar Disorder is another condition that is going to require far greater research. Some studies have shown benefits from fish oil supplements, but others have revealed no reduction in symptoms.

Attention Deficit/Hyperactivity Disorder (ADHD): Clinical studies of essential fatty acids, such as EPA and DHA, for treating or reducing the symptoms of attention deficit/hyperactivity disorder (ADHD) have produced varying results. Some have been positive, but others have shown absolutely no advantages. At this time, it is suggested that individuals with ADHD should eat foods high in essential fatty acids as a positive approach when used in combination with other treatment methods.

Cognitive Decline: Alzheimer disease and age-related dementia benefit from DHA, according to research done by the Departments of Medicine and Neurology at the University of California in Los Angeles, CA. Taking fish oil supplements appears to act as a preventative in many cases.

Inflammatory Bowel Disease (IBD): Inflammatory bowel disease (IBD) such as Crohn disease and ulcerative colitis might benefit from a diet rich in omega-3 fatty acids. Unfortunately, fish oil supplements can cause IBD symptoms such as belching, bloating, flatulence, and diarrhea.

Skin Disorders: Studies are being conducted to determine if fish oil may benefit psoriasis sufferers. Some studies show an improvement, but others exhibit no changes. Suffers photodermatitis have shown less sensitivity to UV rays as a result of taking fish oils in some clinical studies, but overall, it is generally suggested that such individuals just us a topical sunscreen to protect the skin from the damaging rays.

Macular Degeneration: A diet high in fish may prevent macular degeneration and other age-related severe eye conditions. Balancing Omega 3s and Omega-6 through dietary use and increased fish consumption appears to be an effective preventative for many people.

Asthma: Studies remain mixed about asthma improvement and fish oil supplements. Some studies show an positive changes in children, but others show benefit.

Colon Cancer: Foods rich in omega-3 fatty acids reduce the risk of colorectal cancer. Eskimos and others who eat a diet rich in fish fats suffer far fewer incidences of cancer than others. According to Cancer Research UK, EPA slows the growth of cancer cells and causes many to self-destructive during clinical studies.

Prostate Cancer: Studies are underway to study the benefits of Omega-3s in preventing and treating prostate cancer. At this stage, no real data has been gathered.

EPA and DHA are available in fish oil capsule form. If you are taking a supplement of flaxseed, flaxseed oil, krill oil, or fish oil, then you should keep the oil refrigerated. Flax seeds must be ground to be active. Always make sure the nutrients are free from heavy metals.

Both EPA and DHA can be taken in the form of fish oil capsules. Keep flax seed, flax seed oil, fish, and krill oils refrigerated. Whole flax seeds must be ground within 24 hours of use, so the ingredients stay active. Flax seeds are also available in a ground form in a special mylar package so the components in the flax seeds remain active.

Be sure to buy omega-3 fatty acid supplements made by established companies who certify that their products are free of heavy metals, such as mercury, lead, and cadmium. Some people opt to purchase cod liver oil or algal oil for a plant-based option.

Supplements vary in the amount of EPA or DHA that they contain. Overall, most capsules contain 0.18 grams (180) mg of EPA and 0.12 grams (120 mg) of DHA. Omega 3s found in fish vary in amounts. Typically, fish oil contains nine calories per gram of oil.

Fish oil capsules should never be taken by children without first consulting with your physician. Children must also not consume fish that is known to contain high levels of mercury such as tilefish, swordfish, shark, and king mackerel.

Adults should not take more than 3 grams of omega 3 fatty acids in capsule form unless advised by a physician because elevated levels can lead to an increased risk of bleeding.

People with bleeding disorders, who bruise easily, or who are taking blood-thinning medications such as warfarin (Coumadin) clopidogrel, or aspirin should taking omega-3 with caution.

In some individuals fish oil can cause belching, bloating, diarrhea, and flatulence. Often time release capsules are best for such individuals.

Only buy fish oil supplements from a reputable source. The supplements should be free of mercury or pesticide residue. 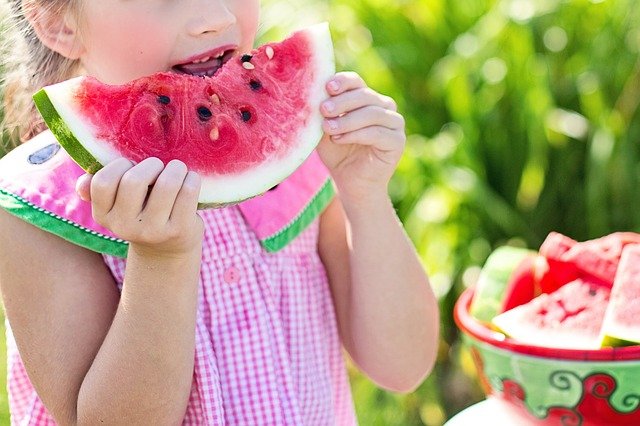 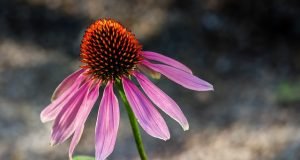 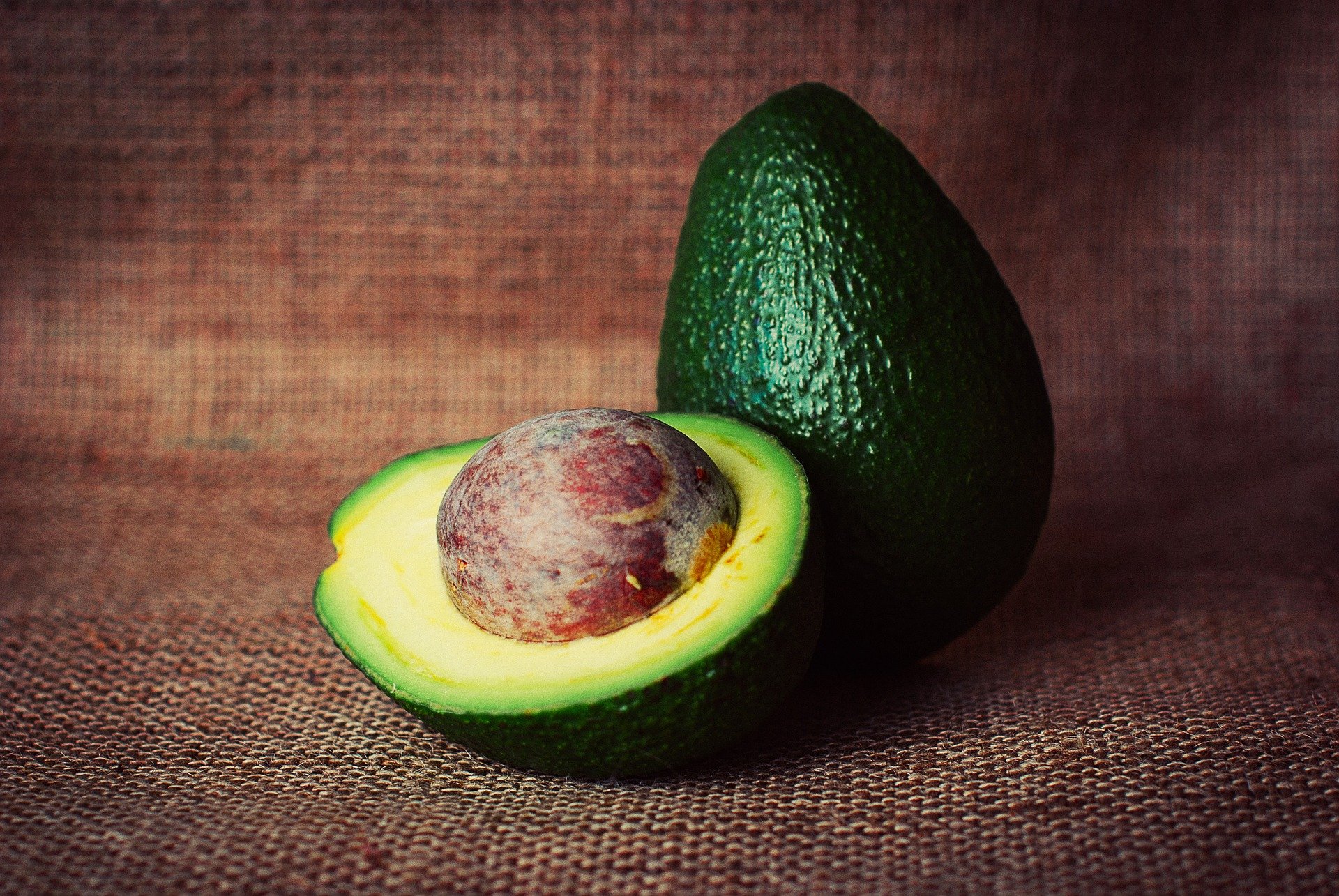 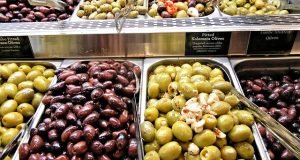