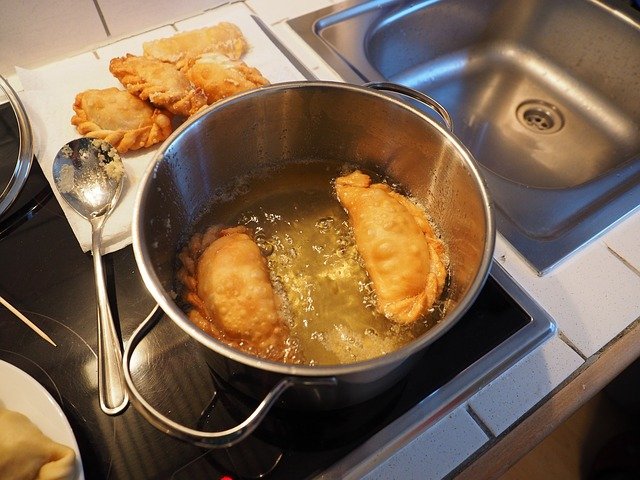 Deep fat frying is a cultural mainstay for many ethnic meals. Golden, crispy fried foods are also a favored edition to most traditional down-home cooking recipes. However, despite their yummy appeal, many people worry that fried foods are unhealthy. Frying foods on an industrial scale are well known to present numerous health risks, however, a lot of the dangers are based on the oils used. There are healthy oils that make frying foods a safe occasional cooking option.

The choice of the frying oil type is important because it will have a dramatic effect on the food’s final taste. Some oils simply taste better than others. Taste is a key component in choosing an oil, but there are also a variety of other important considerations that you will face when choosing the best oil for deep fat frying.

Frying Oils Must Have a High Smoke Point Level

Cooking oils are all sensitive to heat. Ideally, the cooking oil used should be suitable for the temperature required to successfully fry the food product.

Oils used for frying require a high smoke point. The smoke point of oil is the temperature at which the oil starts to break down and create excessive amounts of smoke.Whichever oil is used, it must be stable and able to withstand high heat temperatures of 350 to 400 degrees Fahrenheit (176 to 204 Celsius).

Ideally, the cooking oil used for frying should have a smoke point level of 400 degrees F. or higher. Many oils simply cannot withstand the high temperatures needed for optimum frying.

Importance of Maintaining Temperature When Frying

When frying food, the oil must be maintained at the ideal temperature to make the exterior of the food cook quickly and allow the interior to slowly steam.

Too Hot: Oil that is allowed to become too hot will dry out the food and the oil will oxidize.

Too Cold: If the food is not fried hot enough then the exterior of the food will not crisp quickly enough to form an outer impenetrable layer. Instead, the oil will seep into the food’s middle and create an oily, soggy mess that provides none of the crunchy goodness that fried foods are famous for.

When an oil is subjected to high heat it starts to oxidize. Cooking oils that rapidly oxidize release free radicals which have been shown to be harmful to the human body. Researchers at the National Cancer Institute have found that the oxidization of oil poses a danger to cells and likely increases the risk of atherosclerosis, certain types of cancer,  and several other conditions, including inflammatory disease. However, some types of oils have the ability to resist oxidization and rancidification, even at high cooking temperatures.

There are hundreds of types of oils but all generally fall into three categories: saturated, monounsaturated and polyunsaturated.

Saturated:  Saturated oils are single bonds and undergo very little oxidation when heated. A highly saturated oil is the most stable. It does not readily react with oxygen.  Unfortunately, saturated fats are not without health risks. They have been shown to raise the blood’s cholesterol levels and low-density lipoprotein (LDL). Saturated fats may also lead to Type II Diabetes. When controlling cholesterol levels, the American Heart Association suggests lowering the daily consumption of saturated fats to no more than 5 to 6 percent of total daily calories.

11 of the Best Oils for Frying

Here are the eleven of best-frying oil choices based on the smoke point level and overall health risks/benefits. Generally, liquid oils tend to be far healthier than solids.

1..Peanut Oil: Peanut oil features a high smoke point level of 450 degrees F. It has very little taste, so the food’s flavors are not tainted by the oil. It is trans fat-free, cholesterol free, and low in saturated fat. Unlike many oils, it is high in unsaturated fats, especially monounsaturated.

2. Safflower Oil: Safflower oil has a very high smoke point level of 525 degrees F. It also does not solidify when cold. The combination of linolenic and linoleic acids found in safflower oil is believed to be extensive. It may actually prevent hardening of the arteries, heart disease, and strokes, according to WebMD. It features a neutral flavor which makes it ideal for frying.

4. Ghee: Ghee is rendered from cultured butter. Although not that common, it is an exceptional oil for frying. Unlike traditional butter products, it does not raise cholesterol levels and is exceptionally digestible. It has a smoke point level of 425 degrees F.

5. Grapeseed Oil: Grapeseed oil has a smoke point level of 392 degrees F. It features a mild nutty flavor and is often the favored oil for frying veggies. Grapeseed oil is the byproduct of wine manufacturing.

6. Coconut Oil: Coconut oil is exceptionally stable and does not readily break down, even when used for frying for up to eight hours. Its smoke point level is 400 degrees F. When heated, it loses its coconutty flavor. It can reduce cholesterol and readily kills bacteria. Coconut oil is high in lauric acid, which is considered a healthier fat.

7. Macadamia Oil: Macadamia oil is high in monounsaturates with levels of about 80 percent which makes it a heart healthy choice. It has a high smoke point level of around 453 degrees F. It does feature a nutty flavor that many find acceptable for certain fried foods.

8. Cottonseed Oil: Cottonseed oil features a light, almost neutral flavor. It is a popular choice for occasional frying. It has a smoke point level of 420 degrees F. The oil is virtually tasteless.

9. Palm Oil: Palm oil has a high smoke point level of 450 degrees F. and has no discernible flavor. However, in recent years deep concerns have developed about the sustainability of the palm industry. Widespread palm harvests have been playing a key role in deforestation and widespread habitat loss in many areas of the world.

10. Olive Oil: Extra virgin olive oil is a monounsaturated oil that has a smoke point level of 410 degrees Fahrenheit. Although not a common frying oil, it does not readily oxidize until 24 hours of continuous use. It provides many health benefits such as reducing the likelihood of heart disease and may help control blood-sugar levels, according to the Mayo Clinic.

11. Almond Oil: Almond oil has a high smoke point of 420 degrees F. Although not a common oil, it has gained popularity as a dessert oil for deep fried delicacies. It features a nutty flavor.

There are a few oils that should be avoided when it comes to frying foods.

Flaxseed Oil: Flaxseed oil is highly beneficial for a variety of disorders such as arthritis. Unfortunately, the oil should never be heated and is best used in cold dishes.

Wheatgerm Oil: Wheatgerm oil is ideal for cold dishes but should not be used for frying. It is a nice finishing touch to drizzle on a warm dish.

Partially Hydrogenated Oil: Partially hydrogenated oils such as cottonseed and soybean are no longer considered generally safe and may increase the consumer’s risk of heart disease, according to the S. Food and Drug Administration (FDA). Vegetable oils such as corn, canola, and soy have all undergone extensive processing and are frequently infused with varying levels of petroleum-based solvents. When fried at high heat their health benefits rapidly break down to a non-existent level.

Should Oils be Reused?

In bygone eras, many households had a lard jar in the cabinet which contained cooking oil that would be reused dozens of times. However, modern-day science has revealed that reusing cooking oil causes the oil to break down and free radicals to form which can be detrimental to health. Reusing oil also causes high levels of trans fats to build up which have been shown to raise cholesterol levels according to the American Heart Association. The oil also breaks down after each use and is more quickly absorbed into foods during the frying process.

Keep it Clean: When frying foods, keep the oil clean. A small piece of burned debris can alter the taste of the oil and food. Frequently skimming out the particles helps to improve the taste of the fried foods.

Temperature Control: Knowing the high smoke point of the oil being used is crucial to maintaining a steady temperature when frying. Foods that are not fried at the optimum temperature quickly absorb excessive amounts of oil.

Carbonation: Add a bit of carbonated liquid to batter used for deep-frying. The carbonation releases gas bubbles into the oil as the food cooks and keeps it from absorbing oil.

Drain: Lay all cooked food on paper towels to absorb away the excessive cooking oil before serving.

Our bodies benefit from variety. Choosing different cooking oils for different foods is not only healthier but also adds to overall the enjoyment of your cuisine. 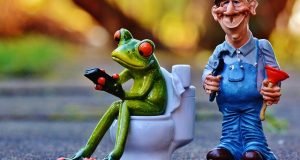 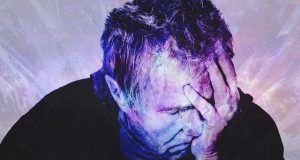 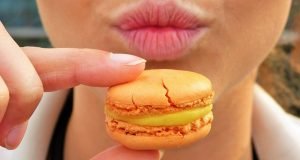 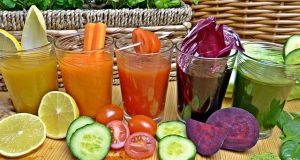