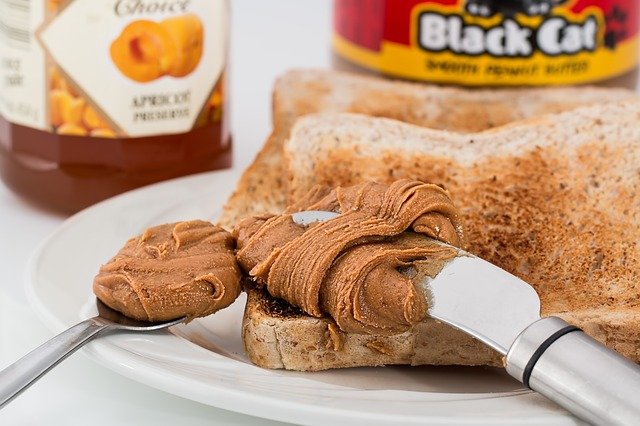 While growing up we have all enjoyed our share of peanut butter and jelly sandwiches. After entering adulthood many of us left behind the creamy peanutty goodness because it was considered a childhood favorite. However, peanut butter is actually a highly beneficial food that offers a wide array of health benefits for young and old alike.

Peanuts are Considered one of the World’s Healthiest Foods

They are packed with powerful antioxidants that contain high levels of polyphenols. They boast more antioxidants than strawberries, apples, carrots, beets, or blackberries. Antioxidants prevent cell oxidation and protect the body from free radicals which cause cellular damage. Cellular damage sustained from free radicals is believed by many medical researchers to be a leading cause of cancer and other conditions. The powerful antioxidants are thought to be one of the key components that make peanuts one of the world’s healthiest foods with boundless short and long-term benefits.

What Exactly is a Peanut?

Peanuts are a type of nut/legume that are native to parts of South and Central America and are closely related to soybeans, lentils, and beans. The peanut’s Latin name is Arachis hypogea but they go by a variety of names such as goobers, Earthnuts, and groundnuts.


1..Heart Healthy: Two tablespoons contain 3.3 grams of saturated fat and 12.3 grams of unsaturated fat. There are ample monounsaturated and polyunsaturated fats. The fats work together to lower bad LDL cholesterol and triglycerides while increasing good HDL cholesterol. It also packs a whopping 208 milligrams of potassium, which is highly beneficial for the heart. Studies have shown that people who regularly consume nuts and peanut butter are less likely to develop heart disease or type II diabetes, according to the Harvard Medical School. In a study done by the Division of Epidemiology, School of Public Health at the University Of Minnesota, researchers found that daily consumption of peanuts offered protection against cardiovascular diseases in women. Further research has proven that peanut consumption provides cardiovascular protection by lowering TAG and increasing magnesium concentration, according to the Department of Foods and Nutrition at Purdue University.

2. Colon Cancer Protection: shown to help protect against colon cancer, according to the China Medical University of College of Public Health.  Further studies have shown that consuming two ounces of nuts per week help lower the risk of colon cancer recurrence in cancer survivors by as much as 42 percent and an overall 57 percent lower chance of dying from the disease.

3. Gallstone Prevention: Eating a diet high in nuts has been proven to dramatically reduce the likelihood of developing gallstones. Numerous factors can contribute to gallbladder problems such as genetics, diet, obesity, and gender. Studies have found that women who have at least one serving of peanuts per day reduced their likelihood of developing gallbladder problems by as much as 20 percent, according to WebMD.

5. Type II Diabetes: The Journal of the American Medical Association recently published a report stating that regular consumption of peanuts and peanut products such as peanut butter may help prevent type II diabetes. The study revealed that consuming at least five servings per day had an impact. Peanuts are very low in carbs. They only have 13 to 16 percent per body weight. The low carb and high protein ratio of peanuts make them have a very low glycemic index level. The glycemic index is the measurement used to determine how quickly the carbs enter the bloodstream after consumption. The low carbs found in peanut butter makes it an ideal snack for diabetic suffers.

7. Appetite Suppressant: Peanut butter features abundant protein and fiber which works as an appetite suppressant. After you eat it, you naturally feel full. This is highly beneficial for people who are trying to lose weight and are are calorie counting.

8. Energy Boost: Everyone knows that when the afternoon hits your blood sugar naturally plummets but if you want a midday pick-me-up then give peanut butter a try instead of turning to a costly energy drink. The good fat and fiber found in peanut butter give you an instant energy boost. It’s helpful to consume a spoonful of the creamy goodness in the afternoon when your energy starts to lag. It also works to increase your energy by helping to balance your body’s sugar production.

9. Healthier Muscles and Bones: The high levels of magnesium found in peanuts promotes muscle and bone growth. Just one tablespoon provides you with 12 percent of the Recommended Dietary Allowance (RDA). It also aids in creating strong teeth and a fully functioning nervous system.

10. Stress Reduction: Peanuts contain beta-sitosterol, a plant steroid, that has been shown to lower feelings of stress by stabilizing cortisol levels in the body. Stress and immunity appear to be entwined. By lowering stress levels, the body’s immunity is dramatically improved. A strong immunity helps you fight off common colds, flus, and other diseases.


Here is a breakdown of the many vitamins and minerals found in abundance in peanut butter and their numerous benefits for the human body. 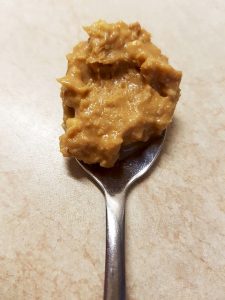 Many infants, children, and adults suffer from peanut allergies. In some cases, the allergies are so severe that they can become life-threatening. However, there is something that pregnant mother can do to prevent her infant from developing a peanut allergy. Research has shown that consuming ample amounts of peanut butter during pregnancy may prevent infants from becoming allergic to peanuts. It is  recommended that the mother indulge in a scoop of peanut butter once a day to stave off peanut allergies. Prior to eating peanuts, the expectant mother should be sure that she is not allergic to nuts. It is also recommended that she consult with her physician before adding peanuts to her daily diet.

Peanuts have a notoriously thin shell which can let pesticides seep into the nut itself and ultimately end up in the butter. It is advised that anyone purchasing peanut products first know where the peanuts came from and if they were treated with pesticides or grown naturally. Pesticide exposure is dangerous. Certain pesticides used on peanut fields have been linked to learning defects in children and infertility.

What Type is Best?

There are many brands and types of peanut butter available for purchase. You might wonder which one is the best. Prior to buying a jar, you should look at the label’s ingredients closely. The best brands will list peanuts as the sole ingredient. However, you can still purchase a brand that has a bit of added salt and oil to increase the taste and spreadability. Avoid brands that list hydrogenated oil or partially hydrogenated oil as one of its ingredients.

Unfortunately, light and low-fat peanut butter brands are not a viable healthy choice because even though the manufacture has gotten rid of the oils, they have usually added additional large amounts of sugar in place of the oils

Many people consider peanut butter a ‘no-no’ food because of its high-calorie content. They fear that even a teaspoon of the nutty decadence will add unwanted pounds. It’s true that two teaspoons contain approximately 200 calories. Indulging in only a few spoonfuls during the day can quickly account for half of your caloric intake. However, it’s high protein and fiber content actually helps you feel fuller than other food sources that contain just as many or more calories.

Typically, you can purchase either creamy or crunchy peanut butter. Neither is better than the other and it is ultimately a matter of personal taste. Interestingly, studies have shown that women and children prefer creamy and males prefer crunchy.

The history of peanut butter can be traced back 3,500 years to the ancient Mayan and Incan civilizations. Both cultures grew peanuts and formed it into a butter-like substance. It is believed that peanuts are native to Brazil and parts of Central America but were still actively cultivated as a domestic crop by the locals.

The early Spanish explorers first discovered peanuts being grown in Mexico and quickly gathered the nuts up to take back to Europe. During the 1700s, peanuts caught on with Europeans and became a common crop. In the early 1800s, peanuts also became a widespread crop and food staple in the United States. Hot roasted peanuts were soon being touted across the country at circuses and by street vendors. In 1895, Kellogg cereal inventor Dr. John Harvey Kellogg invented peanut butter as we know it today and it became mass manufactured. It was officially introduced to the American people during the World’s Fair in Chicago, Illinois in 1904.

History of the Health Benefits


Even in the early days of peanut butter’s popularity physicians started to see the many health benefits of the substance. A St. Louis physician started to use it as a food substitute for his patients whose poor dental health made it impossible for them to consume other types of protein. During World War I and II, the nutrient-rich food source was used as a military staple to help feed American soldiers on the front line.

Peanut butter is jam-packed with health benefits that are undeniable. Isn’t it time to revisit your childhood and enjoy a good old-fashioned peanut butter and jelly sandwich? Even if a classic PB and J isn’t your idea of a great snack, you should still try sneaking a spoonful or two of peanut butter every day into your diet to reap the ample perks of such a superfood. 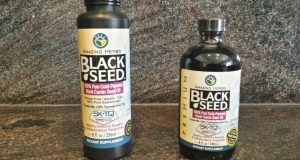 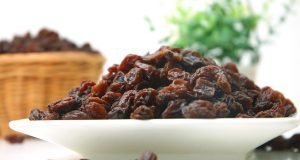 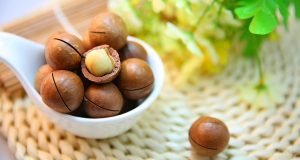 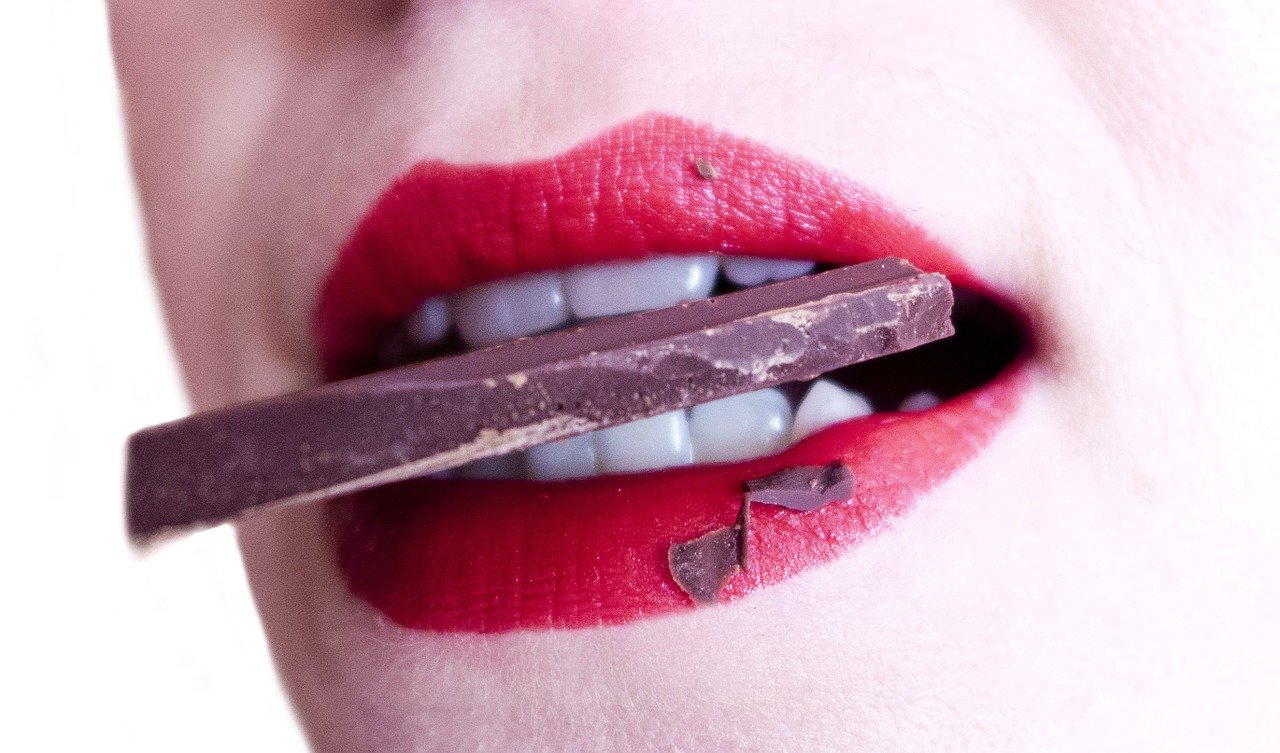